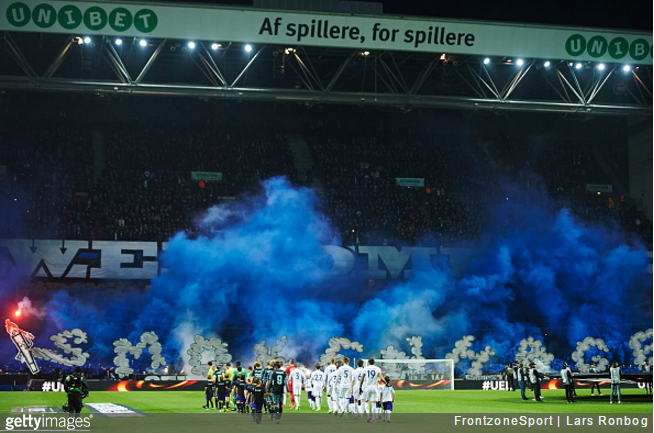 Fans of FC Copenhagen put on an impressive tifo to welcome their Ajax counterparts to the Danish capital ahead of last night’s Europa League tie between the two sides.

The big blue blaze obviously worked its magic too, with FCK catching Ajax cold to take the lead with less than one minute on the clock before going on to win 2-1.