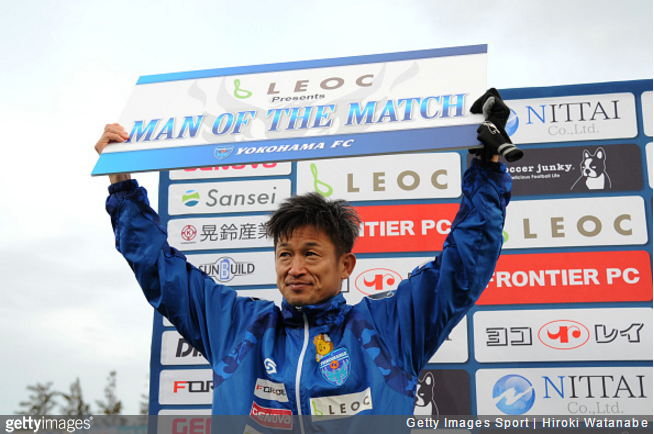 Kazuyoshi Miura celebrated his 50th birthday in style by scoring Yokohama FC’s winning goal in their 1-0 win over Thespakusatsu Gunma in the J2 League on Saturday afternoon.

The veteran striker, who officially overtook Sir Stanley Matthews to become the oldest professional football in history in the week, slotted home in the 40th minute to snaffle the narrow victory for Yokohama…

As can be seen above, Miura also landed the Man of the Match award for his efforts as he proved the difference despite being a clear quarter-century older than everybody else on the pitch.