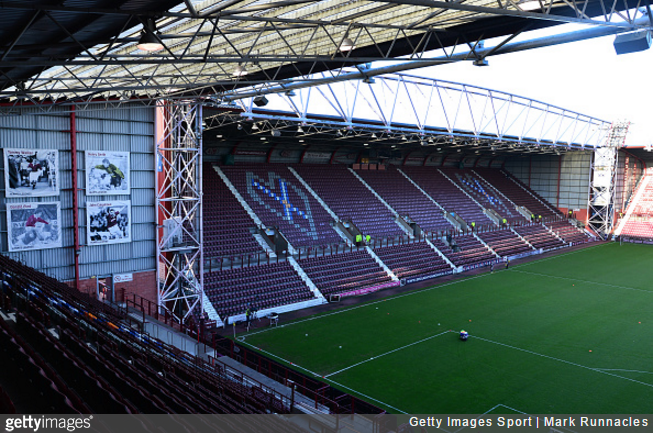 Hearts served up a 4-0 stuffing of Hamilton at Tynecastle over the weekend, though it was one of their fans that ended up stealing the show.

During the latter stages of the match, the supporter in question painted his magnum opus by taking a slow, gradual tumble over the advertising hoarding behind the goal…

With all the grace and poise of a bag of wet cement being chucked down the stairs.