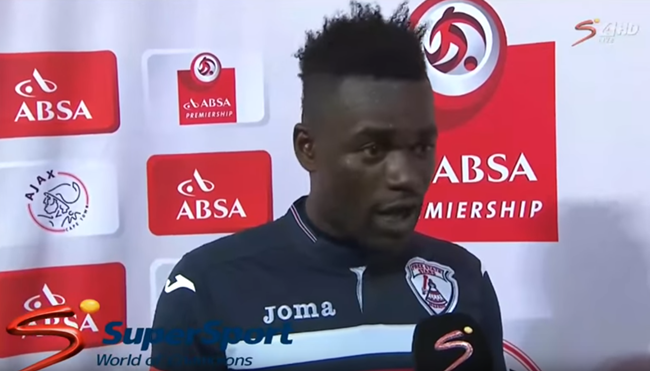 Move over Gordon Banks, for your acrobatic denial of Pele at the 1970 World Cup has been usurped as the greatest last-gasp save of all time.

Mohammed Anas now claims that title, after conjuring up the mother of all excuses for thanking both his wife and his girlfriend during a recent post-match interview.

After accepting the Man of the Match award for his two-goal outing against Ajax Cape Town, the Ghanaian striker accidentally tipped his hat to both of his special ladies live on television.

However, despite first attempting to rectify the situation by claiming that his wife and his girlfriend are in fact the same person, Anas has since come up with a better, altogether more plausible explanation.

Speaking to CNN after his unfortunate slip of the tongue went viral, Anas waffled:

My family knows that I call my daughter my girlfriend.

That’s what I was talking about. I don’t have a girlfriend.