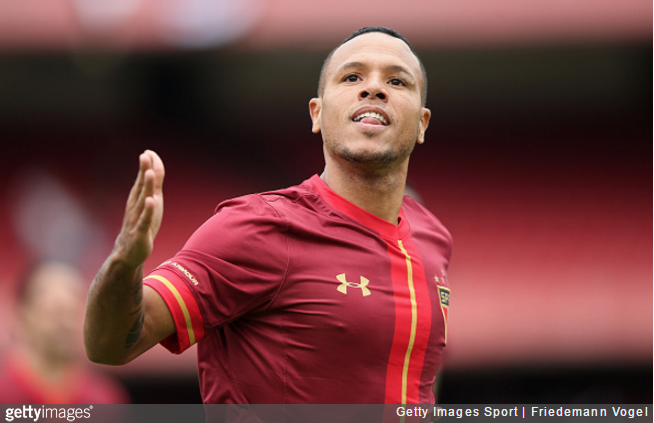 Luis Fabiano found himself the recipient of one of the softest red cards the Campeonato Carioca has ever seen when the veteran striker was dismissed during the 54th minute of Vasco da Gama’s 2-2 draw with Flamengo on Sunday evening.

Having already picked up a yellow earlier in the match, Fabiano made the mistake of getting all up in the referee’s business only to find that the official had been taking pointers from his hero, one Paul Alcock.

Indeed, the reeling ref milked the “head butt” to the Nth degree, sprawling and flailing backwards before regaining his balance and composure long enough to thrust a red card in Fabiano’s general direction…

After all, why go screaming into the ref’s face when you’re already on a yellow? It’s almost as if he wanted to get sent off.