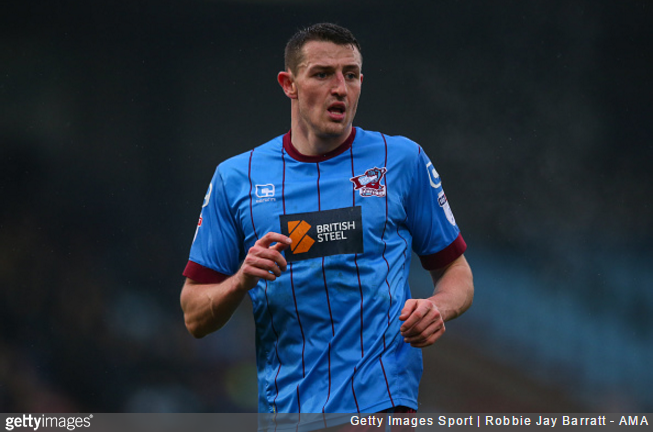 Scunthorpe United pulled off a 3-2 victory over Bradford City on Sunday afternoon to move up into fourth in League One, but they had to rely on the magisterial talents of Scottish defender Murray Wallace to keep it that way in the dying seconds.

With the game about to tick over into the 93rd minute, Wallace produced a fantastic point-blank block to deny Bradford a late equaliser, and did so whilst sitting square on his backside…

A Scunthorpe defender has just made the greatest block ever. pic.twitter.com/LPEnH3SHA2

The result saw Scunthorpe leap above the Bantams in the league standings, with the defeated visitors falling to fifth – all thanks to Murray ‘Mint’ Wallace.