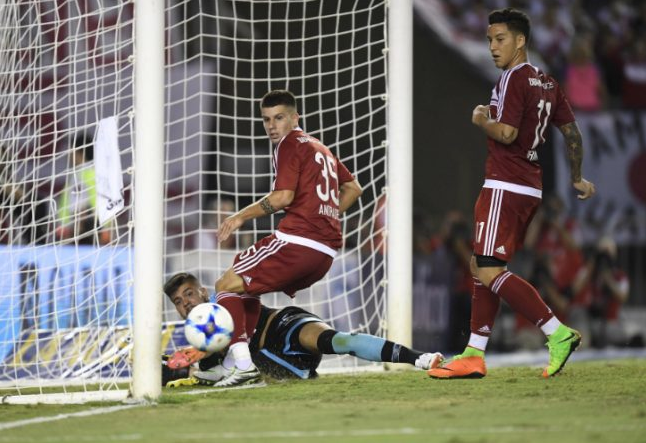 River Plate’s Primera Division clash with Belgrano on Sunday produced a very strong contender for miss of the season, with Tomas Andrade making a dog’s dinner of a four-on-one situation for River.

The incident happened late on in the game, with River 2-1 up.

Catching Belgrano on the break, River players raced forward, with four players bearing down on the opposition goal.

When Gonzalo Martinez played the ball across the goal, it was left to the 20-year-old Andrade to simply knock the ball into the empty net.

However, instead of making it 3-1, Andrade, who had a loan spell with Bournemouth in 2015, could only muster an utterly feeble effort which trickled towards the goal, allowing goalkeeper Lucas Acosta to rush back and acrobatically clear the ball…

Thankfully for River, the game would end soon after in a 2-1 win for an embarrassed Andrade and his teammates.