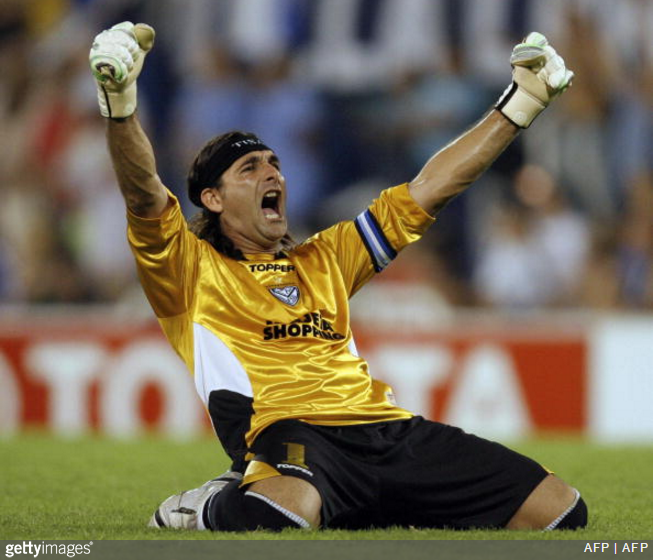 In the grandest tradition of South American goalkeepers, former Velez Sarsfield stopper Gaston Sessa was laced with just a soupçon of thinly-concealed lunacy.

On a related note, he’s also the man responsible for one of the worst fouls ever seen on a football pitch, having once almost reduced Rodrigo Palacio’s face to a plate of blood-spattered mince.

Velez were trailing against Boca Juniors at La Bombonera in the first leg of a Copa Libertadores last-16 tie in May 2007.

Charged with simply collecting an over-hit through-ball, Sessa leapt to pluck the bouncing ball from the air. 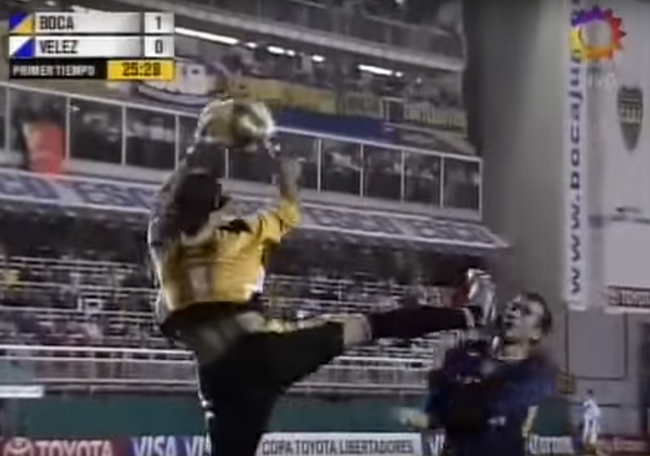 However, with Palacio closing in, instead of raising the customary knee to brace for impact, Sessa instead attempted to surgically remove one of the Boca striker’s eyeballs with his flailing studs.

As it happens, Martin Palermo skied the resultant spot-kick, though Palacio did eventually return to the fray as Boca ran out 3-0 winners.

Unsurprisingly, Sessa’s random act of unprovoked malice has since gone down in Argentinian footballing folklore, briefly earning him the nickname ‘Butcher’ during the ensuing media outcry.