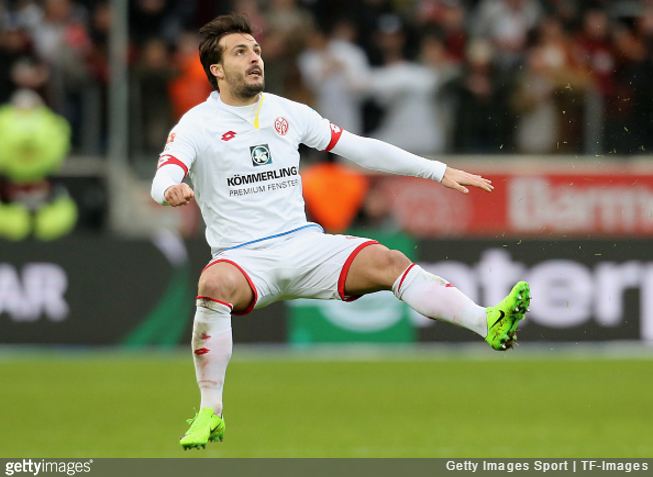 When Martin Schmidt decided to throw Giulio Donati on for the second half of Sunday’s Bundesliga game against Ingolstadt, the Mainz coach couldn’t have possibly steeled himself for what he was about to witness.

For, as he stood there receiving instruction in the dugout, Donati – without batting an eyelid – used a water bottle to extinguish the fire burning in his loins…

It’s like Donati knew he was supposed to ‘take on fluids’ before entering the fray but had no idea what that actually meant, so he just improvised.

For the record, Mainz went on to lose 2-1 while their impact sub ended the match with the crotch equivalent of trench foot – trench crotch(?).