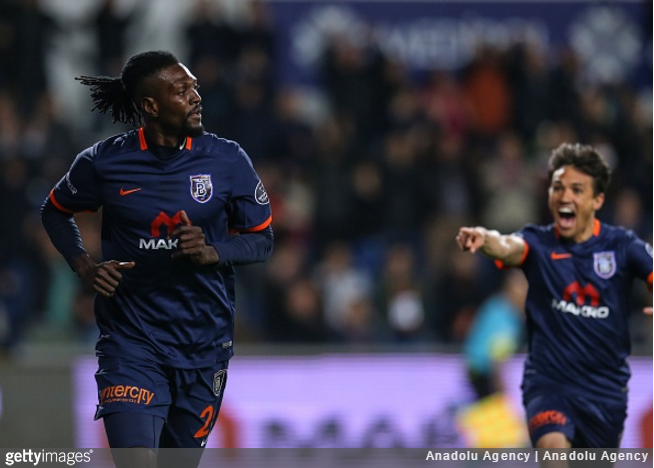 While Arsenal were busy labouring to a dire defeat against Crystal Palace on Monday evening, one of their old boys was running riot over in the Turkish Super Lig.

Indeed, Emmanuel Adebayor helped himself to a hat-trick as his Basaksehir side stuffed Galatasaray by four goals to zip.

And so the Great Adebayor Cycle begins to whirr once again – a month or two of concerted effort followed by 18 months of collapsed form, attitude issues, low motivation, AWOL tendencies and contract disputes.

The less said about that knee-slide celebration, the better.