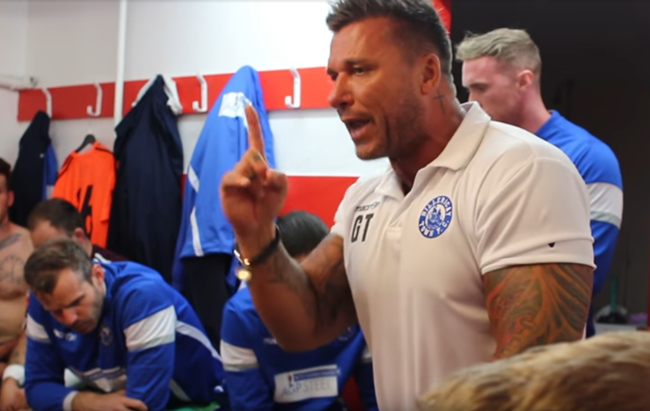 After taking over the Blues last December, Tamplin promptly set about pumping thousands of pounds of his own money into the club with the vision of turning them into a non-league powerhouse.

Indeed, the current wage bill is said to be hovering around the £20,000-a-week mark, largely due to the presence on the roster of ex-Premier League players Jamie O’Hara and Paul Konchesky.

And so, with his team poised to compete for the first silverware of his tenure, Tamplin did his utmost to fire up the troops by exposing them to a prolonged blast of generic passion-related guff before proceeding to instil a bit of extra kinship in his squad by having them all link arms and sing along to R Kelly’s ‘The World’s Greatest’ in unison.

Embarrassing, but certainly not as embarrassing as realising that, given the players all seem to know the words, they’ve obviously been made to do this before.

In fairness, Tamplin’s cringe-inducing sing-song obviously had some benefit, as Billericay came from behind to beat Tonbridge 8-3 and thus get their hands on the Alan Turvey Trophy, i.e. the Ryman League cup…

Well damn. You can’t argue with the results.