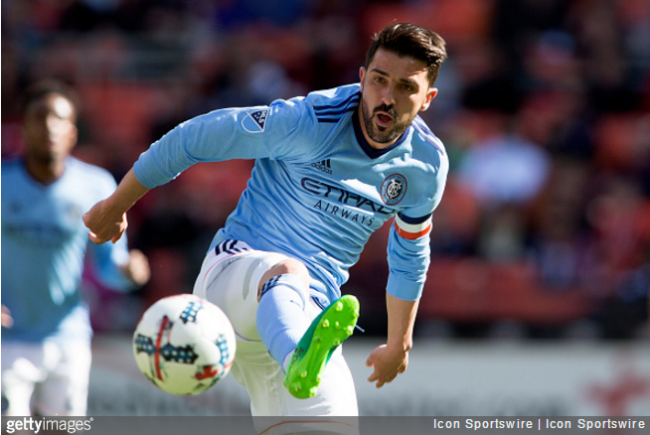 New York City beat Philadelphia Union 2-0 on Friday night to clamber back to the top of the MLS Eastern Conference table.

Indeed, it looked like Jack Harrison’s 52nd-minute opener was shaping up to be the only goal of the match – right up until David Villa doubled New York’s tally in the final minute of normal time with a proper belter of a strike.

Receiving the ball on the half-way line, the 35-year-old Spanish striker let fly with an instinctive first-time effort from 50 yards out that arched high over Union ‘keeper Andre Blake and underneath the crossbar…

And of course, so happy for the goal… 😀⚽️7️⃣👍👕🗽 pic.twitter.com/gPqTD5WLlP

However, rather than a moment of pure inspiration, Villa freely admitted after the match that the goal was simply a product of bone-idleness:

I was a little bit tired from running so I just tried it and it went in.

You could have easily fibbed, David. We’d have believed you.