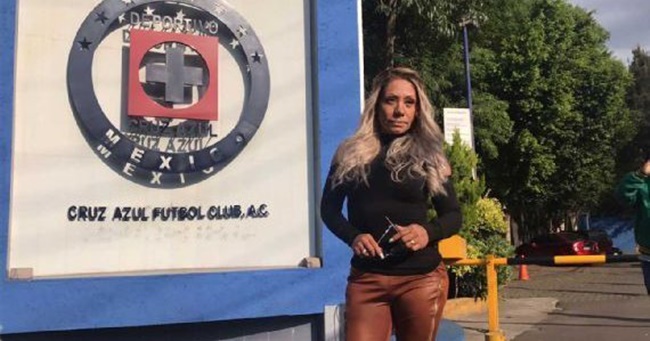 Currently languishing down in 15th (of 18) in the Liga MX table with just three matchs of the 2017 Clausura left to play, Cruz Azul are at a low ebb at the moment.

However, thanks to a bit of outside assistance from their local witch, the Mexican side will be hoping that an upturn in fortunes is now just around the corner.

According to ESPN FC, Zulema arrived outside Cruz Azul’s facilities with all the tools she needed to lift the hex – a pig’s head, some coconuts, four candles and a couple of bottles of liquor – and set about working her dark magic…

Explaining her methods, Zulema said that Cruz Azul’s curse was likely caused by the presence of haunted animal bones long-buried around their stadium.

No one paid me, I came for me. I want to show that witchcraft exists for things both good and bad.

She also added that while her mini-rite would be enough to help the team beat Chivas this coming weekend, she’s require full access to the players and coaching staff to help them go on to reclaim the Liga MX title.

Something tells us that things might have to get a little more desperate before that’s allowed to happen.