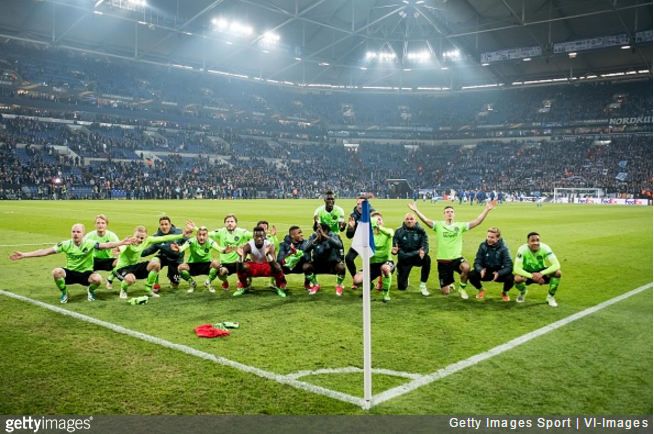 It was touch and go on several occasions, but Ajax just about saw off Schalke to reach the semi-finals of the Europa League in Gelsenkirchen on Thursday evening.

Despite leading 2-0 from the first leg, the Dutch side looked to be tumbling out of the competition as Schalke wiped out the deficit in less than an hour before scoring again early in extra-time.

However, Ajax, down to ten men after having Joel Veltman sent off in normal time, finally got their act together with two goals in the 111th and 120th minute to snatch the 4-3 aggregate victory from the jaws of defeat.

Despite being pipped in dramatic fashion, Schalke still had the good grace to pipe Ajax’s victory song, ‘Three Little Birds’ by Bob Marley, into the stadium after the final whistle – which the travelling supporters sang along to with gusto…