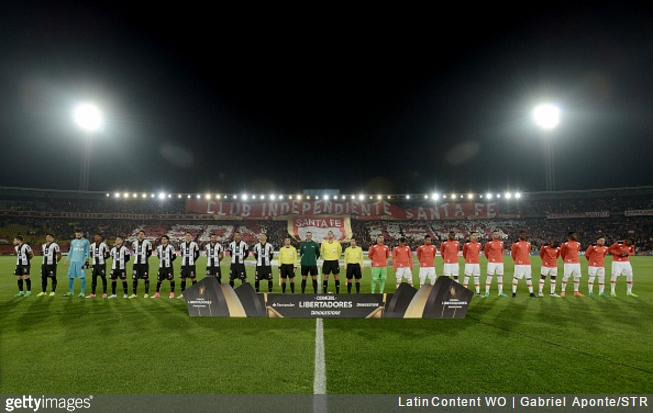 Before Thursday evening’s Copa Libertadores match between Independiente Santa Fe and Santos was allowed to get underway, a message came over the stadium PA system to announce that a minute’s silence was to be observed.

And so, as the two teams lined up and nodded their heads in sombre remembrance, the announcement blared: “Ladies and gentlemen, please stand up and offer this minute of silence in honour of former Santos player Ricardo Oliveira.”

The only minor issue being that Ricardo Oliveira is still very much alive and, indeed, was stood on the pitch as the bugle played his Last Post.

The silence was actually supposed to be for former Santos right-back Alexandre Kaneko, who had passed away several days earlier at the age of 70.

Santa Fe issued an apology, with the Colombian club explaining that their in-house announcer had accidentally mixed the two names up after reading out the starting line-ups.

However, when asked about the error after the match, Oliveira simply replied: “Honestly, I didn’t notice.”

For the record, the game ended goalless and Oliveira, thank heavens, came through it unscathed.