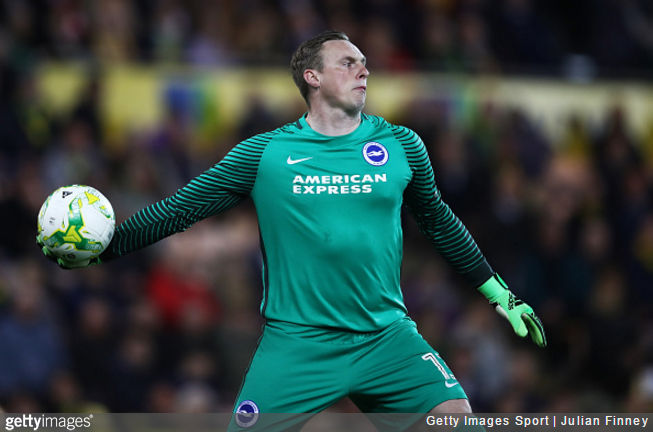 Brighton missed out on the chance to clinch the Championship title on Friday night after slumping to a 2-0 defeat against Norwich at Carrow Road.

It proved to be a naff old night for Seagulls goalkeeper David Stockdale who technically scored both of Norwich’s goals, and all in the space of 20 first-half minutes…

Of course, neither goal was Stockdale’s fault – a ‘keeper can’t help an unfortunate ricochet (or two), but it still didn’t look good written down…

When you’ve sealed promotion and been on the piss all week. pic.twitter.com/aGtNgH9DU6

Sod it. Brighton are promoted. They can do what they bloody well want for the rest of the season.

As for the Canaries, they managed to win a match 2-0 without registering a single shot on target, which is an impressive feat in and of itself.