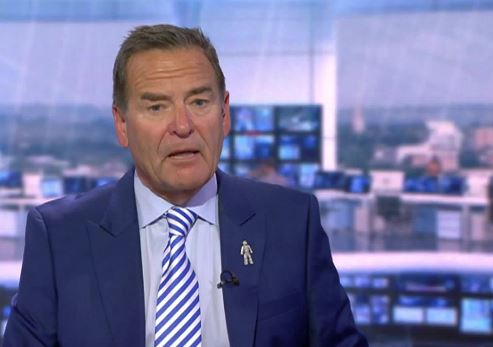 As Hartlepool dropped into the League Two relegation zone on Saturday, Stelling pleaded with Jones to go, saying:

This isn’t personal to Dave Jones but for the good of the club, walk now.

(Director) Pam Duxbury, chairman Gary Coxall, if it means sacking him, do so.

If it means me retiring or resigning as club president I do so happily. Do it now, do it today.

The plea came after Hartlepool lost 2-0 at home to Barnet, meaning they are now two points away from safety with just two games to go.

After the game, Jones said:

I’ve fought all my life and I won’t stop, and I don’t expect the players to stop.

It’s disappointing, we are trying to fight for our lives and you want to see more than is happening at this moment in time.

I come here and put my reputation on the line and I’m going to fight for that reputation.

Jones took over at the club in January 2017 from Craig Hignett, with the club struggling in 19th place.

However, the former Southampton and Cardiff City boss has failed to turn things around.

With the club now staring relegation and a place in the National League next season in the face, Stelling was understandably upset – not that it’s really his place to go calling for a sacking on live television.

Even if ‘Pool do pull the plug on Jones, one wonders what a replacement could do to improve things in just two matches.