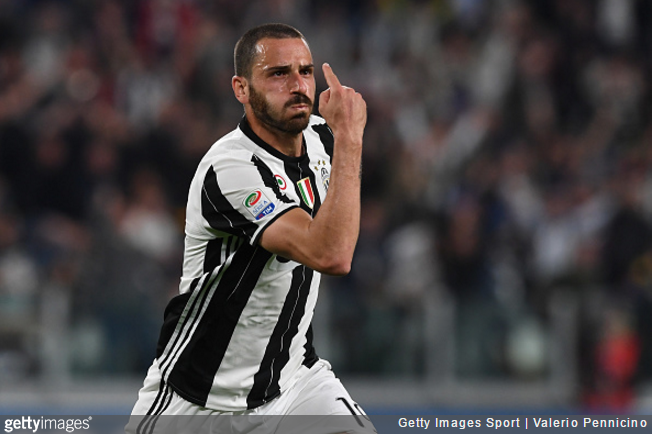 Juventus moved 11 points clear at the top of Serie A on Sunday, courtesy of a 4-0 win at home to Genoa, with the goal of the game coming from a rather unlikely source.

Juve found themselves in the driving seat at the break, courtesy of an own-goal from Ezequiel Muñoz and strikes from Paulo Dybala and Mario Mandzukic.

Then, just after the hour-mark, centre-half Leonardo Bonucci decided to get in on the act.

Striding out of defence with the ball, the Italian international ran through the Genoa midfield (albeit far too easily) before unleashing an unstoppable drive from the edge of the box.

Leonardo Bonucci, the best CB in the world. pic.twitter.com/RPk2Aeks8c

What an effort from one of the best defenders of his generation.

Indeed, with Bonucci, Giorgio Chiellini and Andrea Barzagli, Juventus can surely boast one of the best defences of all time.