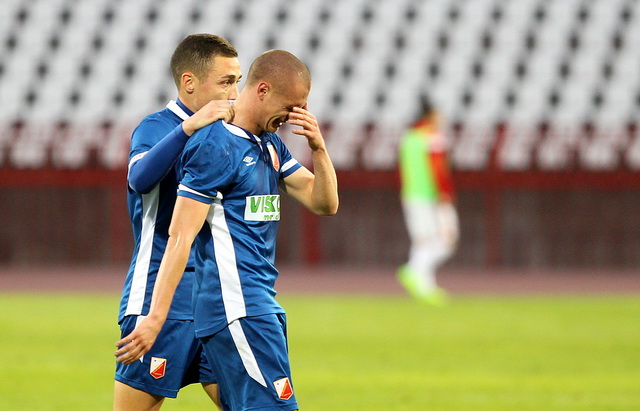 There were baffling scenes in the Serbian top flight over the weekend, specifically during the latter stages of FK Vojvodina’s 2-0 defeat against Red Star Belgrade.

Indeed, as the game ticked over into the 70th minute, Vojvodina were relieved of their captain when left-back Nikola Antic was shown a straight red card for no immediately apparent reason.

Rendered instantly inconsolable by the decision, Antic then left the pitch in floods of tears…

It was initially assumed that Antic had struck Abraham Frimpong while running past him, though speculative reports then appeared to suggest the Vojvodina defender might have insulted the referee’s mother.

Weirdly though, it’s now two days on down the line and nobody seems to know exactly why referee Srdan Obradovic saw fit to send Antic off.

I don’t know why Antic was sent off. It remains an unfathomable mystery to me and I followed the match from the stands.

I expect an explanation from the refereeing organisation, but it needs to be specific – not just a case of “Antic cursed the ref’s mother”.

Antic’s teammate Marko Vukasovic was equally bemused when asked about the incident by Dnevnik:

I feel sorry for the guy, because he did not do anything to get a red card.

When the ref showed him the card, he cried like a child because he was off for no apparent reason.

To put it mildly, it was a ridiculous assertion (by the ref) who said he had been insulted.

However, nobody said anything or even looked in his direction.

It’s madness gone mad, is what it is – though perhaps the strangest aspect of all is that Antic is supposedly only 23 human years old.