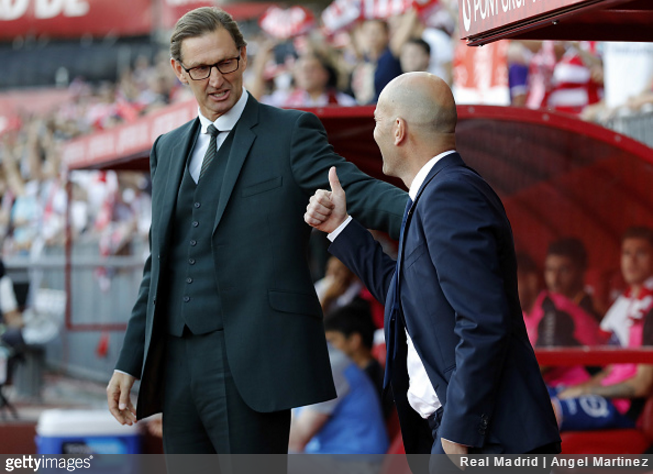 Not only did Tony Adams have to watch on as his Granada side were rolled over by Real Madrid last weekend, he also had to put up with heckling from the away dugout.

Granada ended up losing 4-0 against Los Blancos, with Adams receiving a trickle of gentle ribbing from the players on Zinedine Zidane’s bench during the latter stages.

The heckling was picked up by Movistar’s El Dia Despues show, who claimed that Isco yelled “Waiter! I’ll have a Coca-Cola” after Adams removed his suit jacket…

Harsh. If there’s one thing Adams has got right in Spain, it’s his immaculate tailoring.

Granada were relegated from La Liga before the end of April after Adams lost his first four games in charge, the Real Madrid trouncing being his fifth.

Basically, he’s got two games left (against Osasuna and Espanyol) in which to salvage at least a sliver of dignity from his brief and as yet inglorious tenure.