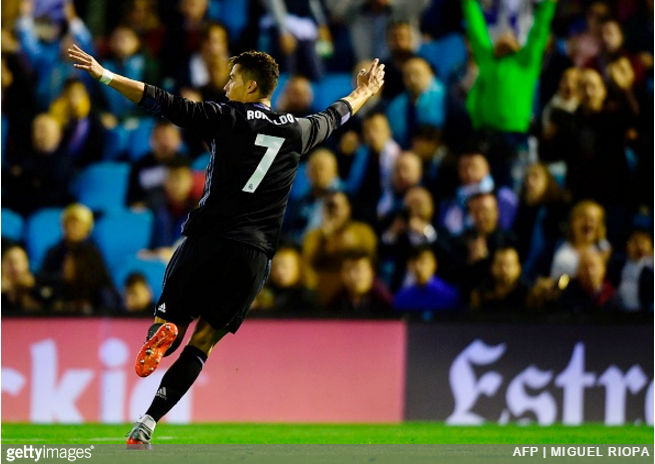 By opening the scoring with just 10 minutes on the clock, Ronaldo brought up his 367th goal in one of Europe’s top five leagues, thus surpassing the overall career tally amassed by Greaves (366) in 1971, some 46 years ago…

As the Portuguese league doesn’t qualify as one of the ‘Big Five’, Ronaldo’s three senior goals for Sporting Lisbon aren’t counted, so it all began with his 84 goals in 196 appearances for Manchester United, followed by a simply staggering 284 goals in 264 appearances (and counting) for Real.

Perhaps more importantly, Ronaldo’s brace against Celta was also instrumental in Los Blancos moving to within one point of sealing the La Liga title going into their final fixture, Sunday’s trip to Malaga.