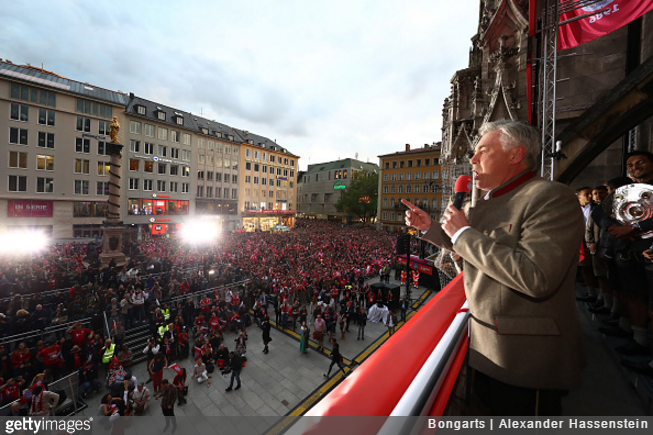 As Real Madrid fans are painfully aware, Carlo Ancelotti loves to round off a successful campaign with a celebratory sing-song.

Indeed, as part of Bayern Munich’s title festivities, Ancelotti seized the mic and wowed the crowd gathered on Marienplatz with a hearty rendition of ‘The Best Years Of Our Lives’ by Italian songwriter Renato Zero…

Carlo Ancelotti wanted to sing at Bayern’s title celebrations…so they gave him the mic… (via @SkySportDE) pic.twitter.com/FwqXtwr3t5

Indeed, Ancelotti couldn’t be stopped, with the Bayern coach also clambering up on stage to duet with Anastasia (at the 1:45 mark) during the Bavarian club’s post-season wrap party at the Postpalast…

Not a dry seat left in the house.