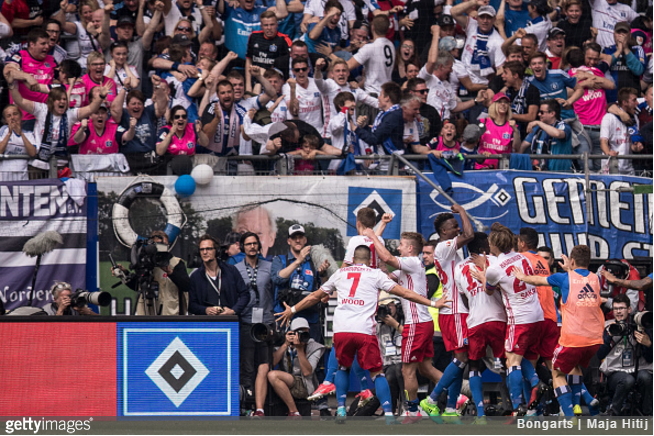 An 88th-minute winner from Luca Waldschmidt was enough to keep Hamburg out of the relegation picture on the final day of the Bundesliga season.

The club have never been jettisoned from Germany’s top tier, though they’ve come perilously close in recent years, twice having to win the relegation play-off game (in 2013/14 and 2014/15) to stay up by the skins of their collective teeth.

Indeed, it took Waldschmidt’s last-gasp goal to condemn opponents Wolfsburg, Champions League quarter-finalists just a year ago, into having to run the play-off gauntlet.

As such, Hamburg’s fans were notably frenzied come the final whistle, with a mass pitch invasion ensuing at the Volksparkstadion, with one of the goalposts being completely uprooted amid the hubbub.

Rather amazingly, the guilty party was spotted on CCTV later on that day, parading his keepsake around the local train station…

A true hero of the people if ever there were.