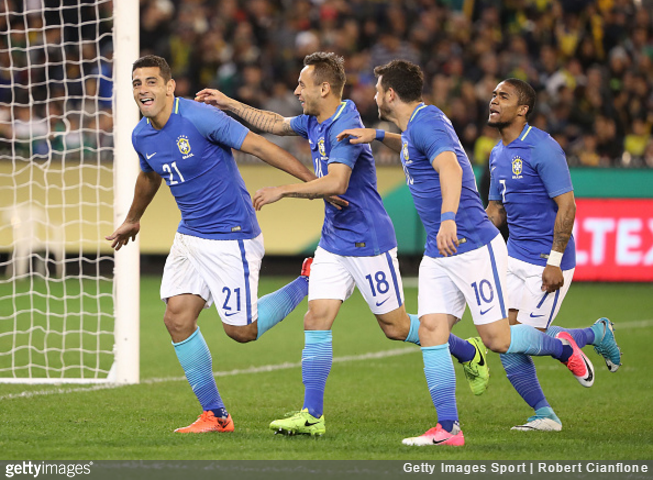 If it was Australia’s intention to hold off Brazil for as long as possible in their friendly encounter in Melbourne, then the ploy was a resounding success …for all of nine seconds.

Despite kicking off themselves, Australia immediately surrendered possession to Brazil with Guiliano playing in Diego Souza who steered a shot past Mitchell Langerak before the hosts even had time to realise what had happened…

Fairly unsurprisingly, Brazil went on to romp to an easy 4-0 victory thanks to further goals from Thiago Silva, Taison, and a second for Souza.