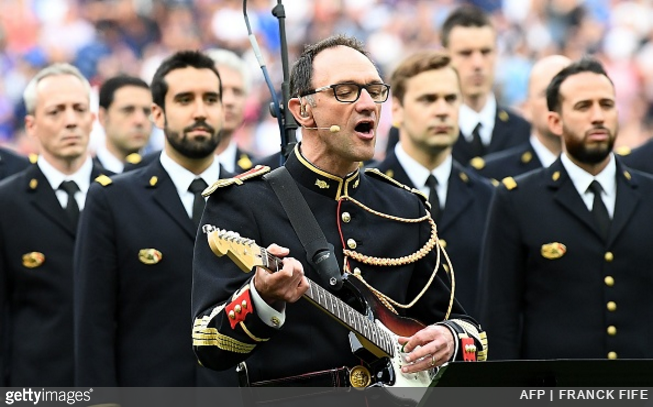 Noel Gallagher has issued a VIP invite to the Republican Guard Military Band member who performed ‘Don’t Look Back In Anger’ before England’s recent friendly against France in Paris.

The song has become something of an unofficial anthem for the 22 victims in the aftermath of the horrific Manchester Arena bombing.

Mekil’s passionate performance (in his second language, no less) was universally lauded and now it’s earned him a VIP ticket from Gallagher himself, who has invited the French policeman to one of two concerts at the Stade de France in July to watch his High Flying Birds support U2.

Speaking to the AFP, Mekil said:

It’s amazing. It will be fantastic to be in the audience to hear those songs.

Today I’m in Montlucon (in central France) for a ceremony with a police school, it’s 35 degrees, and I was thinking it’s not going to be so much fun today. But that is great news!

Concert promoters Live Nation say there are currently no plans for Mekil to play or sing with Gallagher at the gig, but there’s plenty of time for that to change.