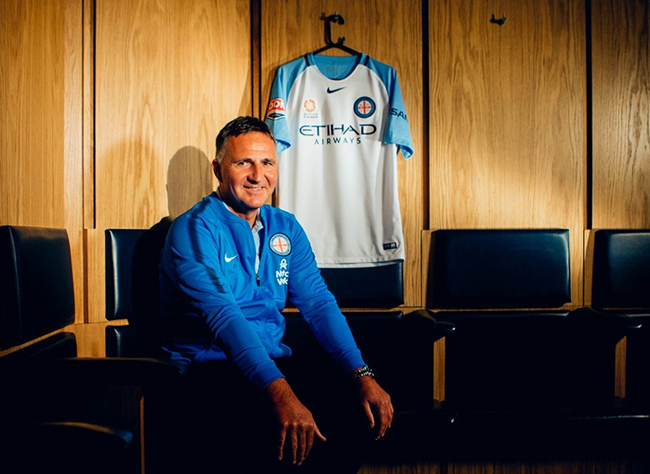 Melbourne City have a new manager, and that man is Warren Joyce – and it would appear that Melbourne City fans aren’t overly excited.

Indeed, the former Wigan boss received a rather surly ‘welcome’ from local journalists after being unveiled by City on Monday morning.

Come the very first question in his very first press conference, the 52-year-old was confronted with this ice cold passive-aggressive barb:

Warren, a lot of people were expecting a big name, glamorous, well known manager – and you arrived…

In fairness, Joyce dealt with the frosty reception rather well, just about laughing it off as the tears welled in his ducts…

And so, it would appear a man who formerly co-managed Manchester United’s reserve team and then mustered six wins from 24 games in Wigan’s relegation from the Championship isn’t up to snuff for the hoity-toity Melbourne media.

Blimey O’Riley. Who did they think they’d be interviewing? Alan Curbishley?