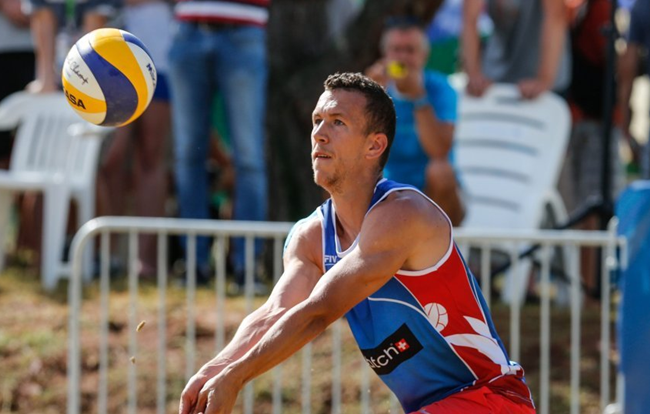 Rather than spending his summer holiday gadding about in Miami or Dubai or lounging around on some oligarch’s yacht, Ivan Perisic has instead opted to use his time away from football make his full international professional beach volleyball debut.

The Inter Milan winger, who is said to be a ‘person of interest’ as far as Manchester United are concerned, has been representing Croatia at the Porec Major event in his native country all week.

Perisic and Dell’Orco didn’t fare any better in their second outing either, losing fairly convincingly against an American team…

Still, the 28-year-old refused to be perturbed, telling reporters:

This was always my dream. I have been playing beach volleyball since I was 10. I’m very passionate about this game and every summer I have been practising with my friend.

I’d like to thank everyone who has given me the opportunity to play with the best beach volleyball players in the world.

It felt amazing – even though I lost.

Something tells us he’ll fit seamlessly into a Jose Mourinho team with an attitude like that.