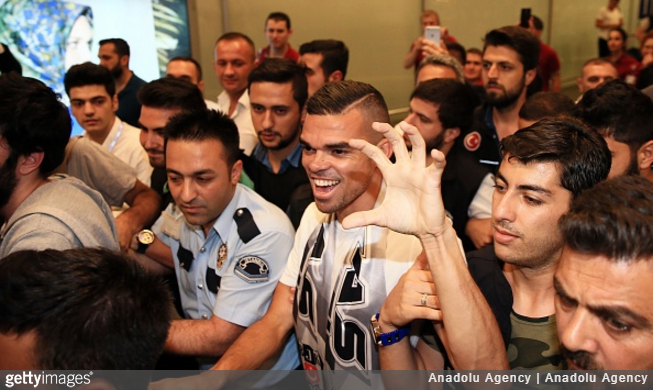 After being released by Real Madrid earlier in the summer, Pepe has today joined Besiktas on a two-year deal.

Word has it that PSG offered the Portuguese defender a lucrative one-year deal, but the 34-year-old was adamant he still has two more seasons left in the tank.

As is customary with Turkish transfers, Pepe touched down at Ataturk Airport in Instanbul on Wednesday morning only to be swiftly besieged by a horde of excitable new chums…

‘Doing the Darius Vassell Shuffle‘ as it’s known in the trade.

As the following photos reveal, they won’t let you take a big bottle shampoo onto a plane, but apparently hoiking a gigantic bass drum through arrivals is no issue at all.