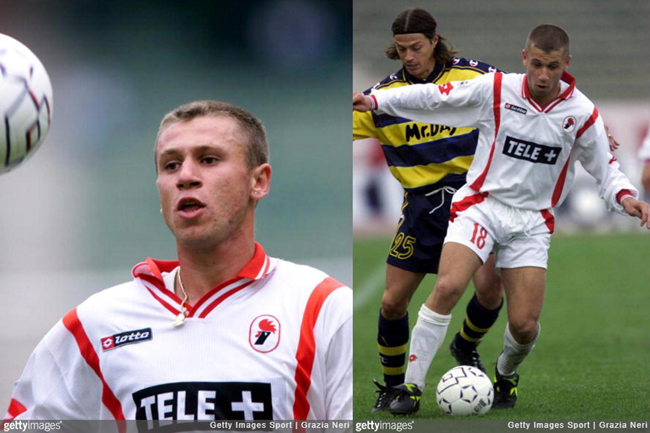 Antonio Cassano didn’t have the easiest of childhoods, but he just about managed to keep himself on the straight and narrow long enough for his hometown club, Bari, to pluck him from the streets of the old town and give him a shot in their academy.

Despite regular transgressions and a volatile temperament, Cassano more than repaid Bari’s faith, quickly graduating from the youth sides to make his senior debut for the Galletti at the age of just 17 – his grizzled face already belying his tender years, even back then.

A matter of months later, in mid-December of 1999, the teenage forward cemented his burgeoning reputation by scoring his first ever senior goal.

It wasn’t just any old goal either. In fact, it was an 88th-minute winning goal in an improbable 2-1 victory over Inter Milan in which Cassano plucked a long clearance from the sky with his heel without breaking stride, charged past Christian Pannucci and Laurent Blanc, cut inside and slotted a calm finish past goalkeeper Fabrizio Ferron.

Fantantonio, as he was quickly christened, went on to manage a modest six goals in two seasons at Bari before sealing a huge €30million move to Roma at the age of just 19.

From there he moved on to Real Madrid, where his unfettered ego almost literally swallowed him whole thanks to an insatiable appetite for pre-match sexual congress and extremely rich hotel pastries.

What followed was a familiar cycle of decline and renaissance, both at club level with Sampdoria, Milan, Inter, Parma and the Italian national side, for whom he made his World Cup debut at the age of 31.

The latest chapter of the saga? Cassano, who turned 34 today, has recently agreed a deal to sign for newly-promoted Hellas Verona.