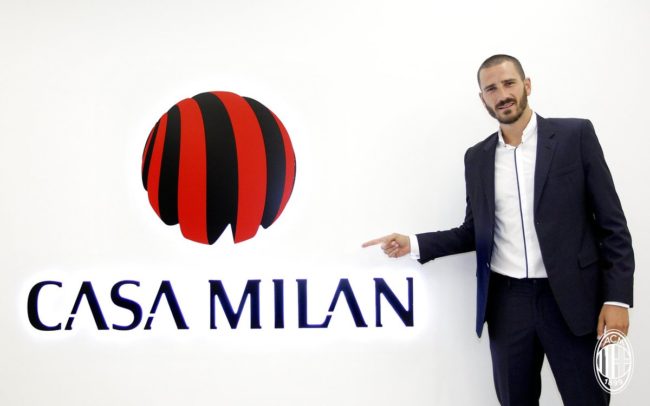 AC Milan look to have pulled off an incredible coup by signing defender Leonardo Bonucci from Juventus, with the Italian international getting an incredible reception from fans as he arrived to complete his medical.

The 30-year-old Bonucci, has been a key part of Juventus’ recent domestic dominance and has blossomed into one of the best ball-playing centre-halves in the world. However, he now looks set to move to the San Siro for a comparatively paltry fee of 40m euros (£35.1m). What a steal! 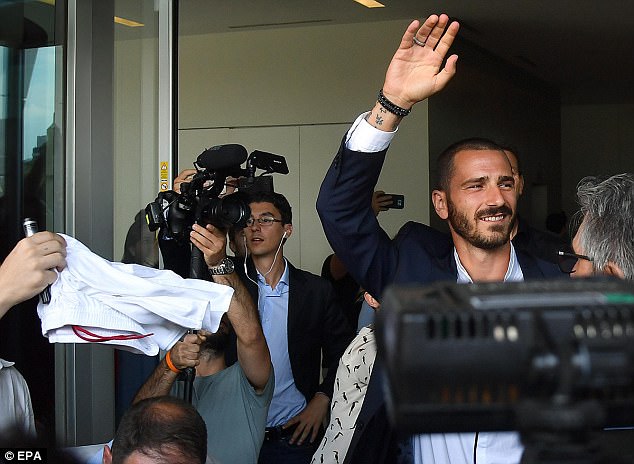 Bonucci, who started his career with Milan rivals Inter back in 2005, has picked up six Serie A Titles with Juventus, as well as helping them to two Champions League final appearances in two of the last three seasons.

However, a financially revitalised Milan have been incredibly busy in the summer, bringing in the likes of  André Silva, Andrea Conti and Hakan Calhanoglu. Now, they look to have pulled off the deal of the summer in Italy by prizing Bonucci away from Turin.

While Milan will now be hoping to re-take their place in Europe’s elite, Juventus will need to rebuild a backline already shorn of both Bonucci and PSG-bound Dani Alves.