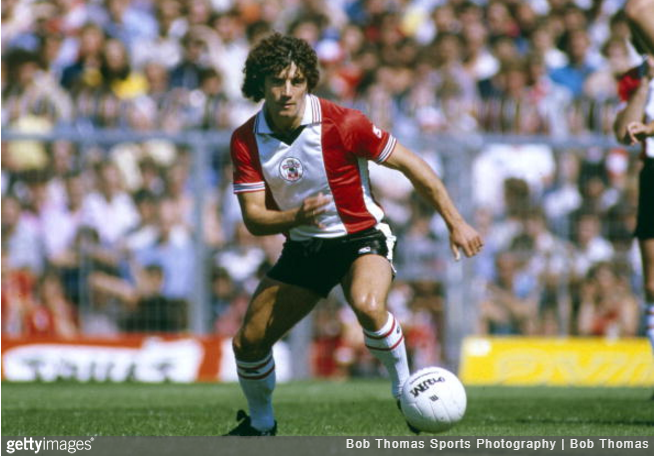 Not that we’re intending to give our old ‘Great Disallowed Goals’ series a full reboot, but Pies happened across his little snippet earlier today and deemed it worthy of broadcast under the banner.

Dating from the Year of our Lord 1981, the clip shows Kevin Keegan – who was nearing the end of his career by that point – putting a spectacular finish to a sweeping Southampton attack against Manchester United (in royal blue!).

Unfortunately for Keggles, the meddling linesman decided to cruelly rob him of an absolutely corking goal by flagging for an offside against David Armstrong…

Absolutely heartless officiating on display and what’s more, a goal that would be perfectly legal by today’s interpretation of the offside rule.

Southampton really did boast a brilliant team for the 1981/82 season, with Keegan, Mick Channon, Keith Cassells and Alan Ball all on song as the Saints recorded their highest ever league finish (sixth).

They didn’t half score some beautiful goals along the way, too.