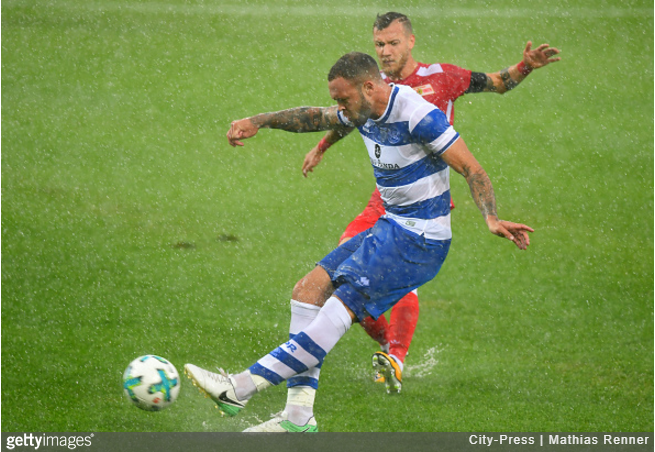 QPR travelled all the way to Germany for a friendly against Union Berlin on Saturday, only to see the match scuttled while it was in progress due to the torrential rain that enveloped the Stadion An der Alten Forsterei.

Sure enough, the referee deemed the sodden conditions too treacherous to continue, leaving both teams to find alternative ways to keep themselves and the fans in attendance entertained…

QPR’s game vs. FC Union Berlin was called off with a waterlogged pitch and the players did this instead…
pic.twitter.com/cCSm4lmGnR

If you’re already soaked to the bone, it’d be rude not to launch into a Klinsmann-style belly slide.

Full marks to the Hoops player who managed to nutmeg a teammate with his entire body too.