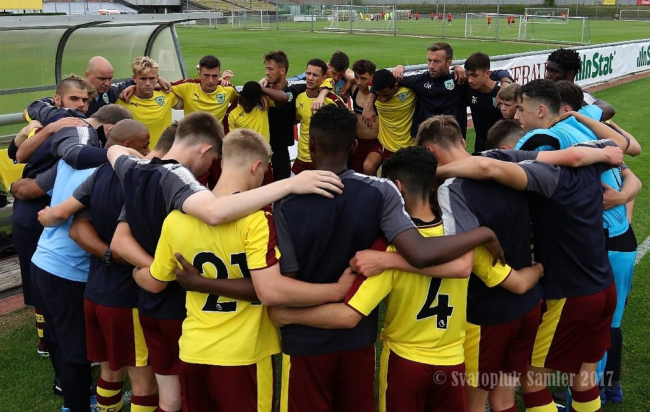 Day Four at the CEE Cup was semi-final day, with all four remaining teams having rightfully earned their place at the business end.

The strongest sides in the competition had risen to the top and were now set to do mortal combat – cue excitable 16-bit techno music – with the prospect of an all-English final on the cards.

Burnley faced their toughest challenge yet as they took on Altinordu in the day’s first offering. The Turks had proved themselves to be the surprise package of the tournament, upsetting the form guide to see off heavily-fancied locals Slavia Prague and win their group.

The Clarets wouldn’t have been blamed for approaching the game with a sense of trepidation.

Watching the Altinordu squad warm up is an exercise in intimidation; the synchronised ranks of their young players working and moving in time, slapping hands on thighs and roaring skywards was and is strange and wonderful to behold, even as a spectator. 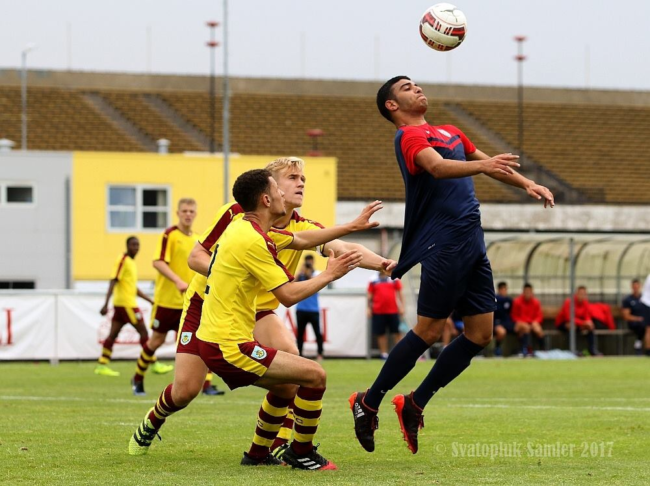 However, just as they did when dispatching Slavia Prague in the opening stage, Burnley managed to once again upset the odds, sending their Turkish opponents with the help of a suitably tense penalty shoot-out.

The English visitors were ahead inside 10 minutes when a flicked header across goal was turned in at the far post by striker Michael Fowler, who tucked it in from close-range.

Altinordu’s game plan seemed to fall to pieces in short order and Burnley were looking sharper than the knife rack in the kitchen at MENSA headquarters – to coin a phrase. 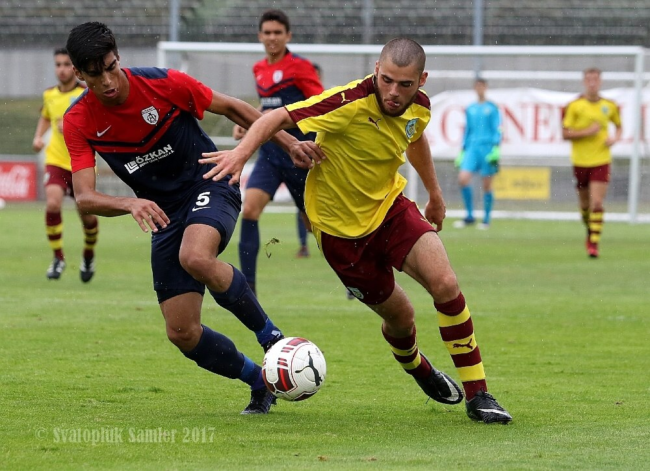 The drizzle begins to fall in the Strahov Stadium (Photo: CEE Cup/Facebook)

The weather may have played a part too. The sleeting rain (a blessed relief after four days of unrelenting heat) would have definitely felt more familiar to the pasty lads from Lancashire than the Altinordu players, who are more used to the arid, dusty plains of Izmir.

That said, the Turks rallied to equalise with 20 minutes remaining and duly saw out the rest of the game to bring on the shoot-out – though the ensuing penalties proved far more confusing than they probably should have been.

Judging from the reaction in the stands, all of the watching press, tournament staff and regular crowd members could have sworn Altinordu’s first penalty hit the post and came back out. However, a closer look at the video replay shows that the ball actually came back off the inside stanchion.

Still, after watching Burnley go ‘3-0 up’ with just two penalties apiece remaining, the crowd were baffled at the lack of celebration.

Sure enough, Altinordu stepped up to take and miss another as the shoot-out officially culminated in a 4-1 win for the boys in custard and claret.

Over on the other side of the bracket, it transpired that Everton will be the team to face Burnley in Wednesday’s final at the Dolicek Stadium after a more than comprehensive, frankly all-too-easy 6-0 demolition of FK Sarajevo.

The Bosnians had looked sharp in their previous 2-0 win over Leicester in the final group game, but whatever they’d had for breakfast that morning was evidently in short supply ahead of their encounter with the Toffees. 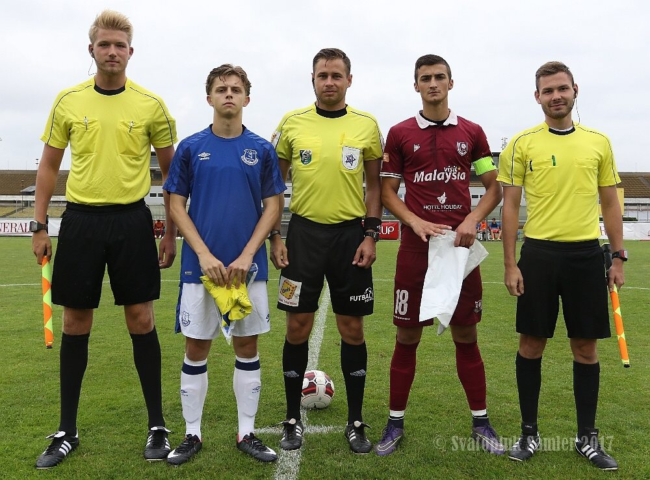 Everton put FK Sarajevo to the sword in their semi-final (Photo: CEE Cup/Facebook)

It only took 13 minutes for Everton to get the ball rolling.

Ellis Simms – the new hotly-tipped signing from Man City’s academy – dinked in his fourth goal in two games with a cheeky little chip over the Sarajevo ‘keeper while simultaneously fending off attention from an aggressive centre half.

Simms had already sailed into the tournament’s top scorer spot, and when he scored his fifth of the competition to extend Everton’s lead to three unanswered goals, the game was well and truly over, and all before half-time.

Australian Con Ouzonidis steered home a diving header for the fourth, while Anthony Gordon scored a brace in a sprightly, cohesive and coherent Everton display.

Given their sluggish and poor performance in the opener against Pandev, it was incredible to witness the very same side improve exponentially over such a short period.

So now the focus shifts to Wednesday night’s grand finale.

Having witnessed Burnley in training on Tuesday morning, I saw a team focused, driven and prepared for anything. They’re aware that they might be underdogs against Everton but they’re happy to play without the weight of expectation against them.

On the other side of the divide, Everton took a more laid-back approach before hitting the training field the following day.

A group visit to the centre of Prague – a much-recommended, achingly beautiful old city for those who are thinking of making a trip – found the squad and coaching staff in fine fettle; relaxed, heading for a pizza and cracking jokes all the while.

Whatever happens, it’s going to be an excellent game and a fantastic representation of England’s youth academies and promises to be a real blood and thunder affair.

For now, Pies is about to head off on the Road To Dolicek. We’ll see you on the other side!