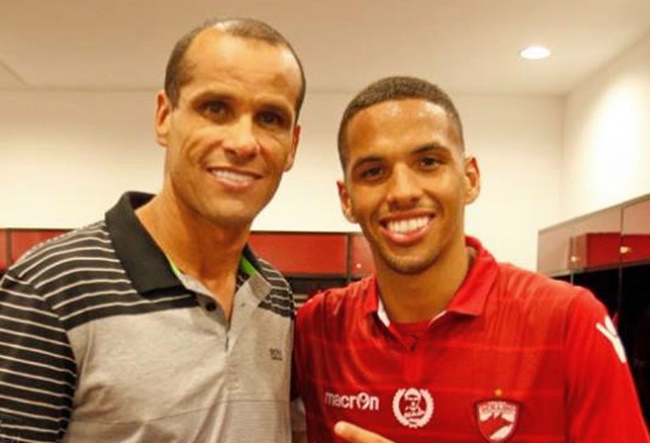 Dinamo Bucuresti were in Europa League action on Thursday night, hosting Athletic Bilbao in the first leg of the third qualifying round.

The Romanian side fell behind in the early stages when Athletic defender Aymeric Laporte nodded home from close range with a little over 20 minutes played.

However, all that changed when Dinamo introduced Rivaldinho, spawn of Rivaldo, into the mix at half-time.

Indeed, it took less than 10 minutes for the Brazilian forward to make his mark, absolutely thraking in an equaliser from 30 yards, much to his old man’s approval…

For the record, the match finished 1-1 with the second leg due to take place at San Mames next Thursday.