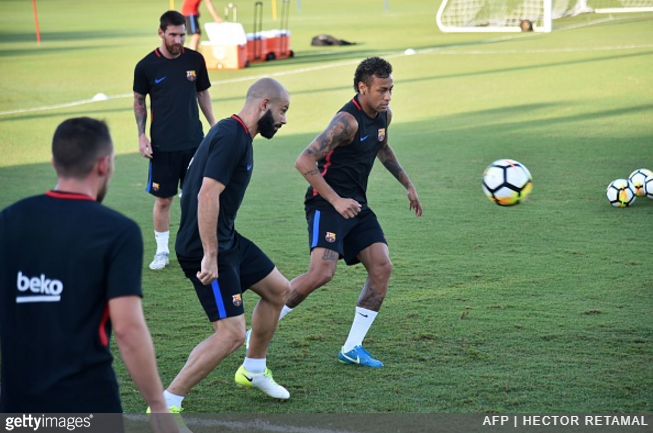 Hardly the most efficient way to dispel rumours of a move to PSG, Neymar has thrown a tantrum and walked out of a Barcelona training session this morning after tangling with a teammate.

The Brazilian whimbrel took umbrage at a sturdy challenge from new signing Nelson Semedo, with the pair having a quick swat at each other before being separated.

The flash-point passed without much incident, though it did result in Neymar storming away from the pitch in a huff.

Footage of the incident exists, though sadly it does come with achingly unnecessary play-by-play commentary from Sky Sports News…

Neymar getting bullied out of Barcelona 😱 pic.twitter.com/QiMd2rUGge

“Obviously this will fuel speculation over Neymar’s future with Barcelona…” – because that’s our entire stock in trade.