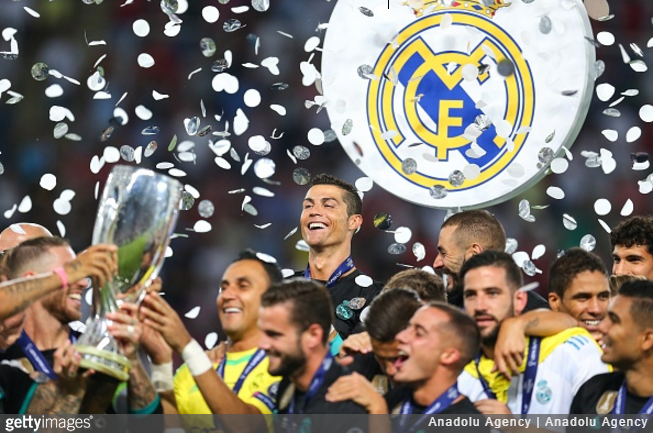 With fans clamouring to see the Portuguese star, Zinedine Zidane (possibly reluctantly) sent Ronaldo on for the final eight minutes of the match in what proved to be a largely unspectacular cameo.

However, it would appear that Ronaldo was lucky to be on the pitch at all after very nearly coming a proper cropper while attempting to alight the Real team bus before kick-off…

That marauding towel came perilously close to having a rather weighty lawsuit on its hands.