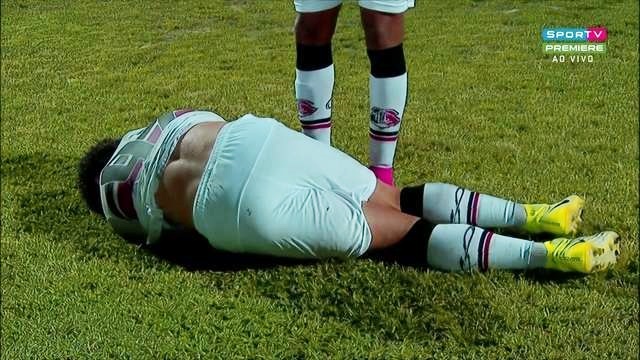 Luis was Johnny-on-the-spot to put Santa Cruz ahead against Criciuma in the Brazilian second tier on Tuesday night, only to immediately do himself an extreme physical discourtesy while attempting to celebrate it.

The 20-year-old misjudged his leap over the advertising hoardings, clipped the top, went arse over biscuit and then lay prostrate on the turf for several minutes while the embarrassment subsided…

Celebration of the week in Brazil pic.twitter.com/vrVGgrDIDa

Such grace, such agility.