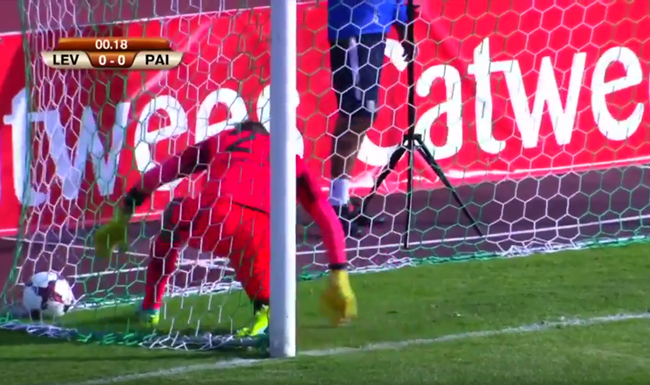 If you think you’re having a bad day at the office then spare a thought for Estonian side Paide Linnameeskond, who scored an own goal of real craft at the weekend.

The away side gave their opponents the start dreams are made of by passing the ball neatly across defence before left-back Martin Kase tucked it away deftly in his own net with less than 15 seconds on the clock. Cue embarrassed faces and one apoplectic manager.

To add insult to injury, a Levadia player had yet to touch the ball before they accidentally found themselves in the lead.

Huge respect to Estonian side Paide Linnameeskond who managed to go 1-0 down within 14 seconds, without the opposition touching the ball. pic.twitter.com/sPncb1wSph

Paide’s group effort of a mishap set the tone for the rest of the game as they went on to crash out of the cup on the wrong side of a 3-1 result.

So when you’re reflecting on your team’s disappointing opening day loss, just be glad they (hopefully) didn’t replicate this little howler!