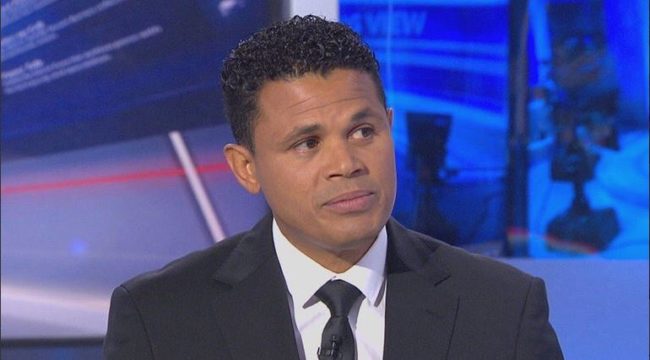 The second round of the Carabao Cup was made on Sky Sports on Thursday night, with a number of Premier League clubs entering the competition.

However, while the draw itself failed to throw up many mouth-watering ties, the confused performance of John Salako during the televised draw was both entertaining and cringe-worthy in equal parts.

All the former Crystal Palace winger had to do was remember that the red ball (with the ‘h’ on it) meant ‘home’. However, the pundit couldn’t seem to grasp this simple concept.

John Salako uncovering something dodgy about the balls in the draw there @FA can’t take his eyes off that red ball 🔴. pic.twitter.com/swj4FsDS0z

What a load of balls. At least he got there eventually. And well done Alex McLeish for an error-free display.

As for the draw itself, the standout tie looks to be a tasty Lancashire derby between Burnley and Blackburn.

Here’s the draw in full (with Salako’s errors fixed), with the games to be played on the week commencing Monday, August 21st…