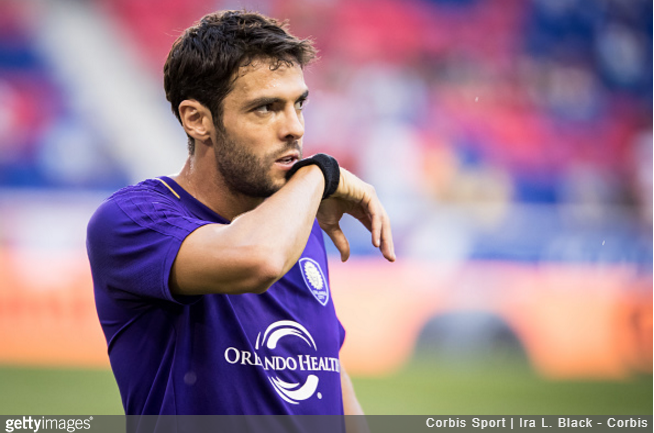 Adding more fuel to the argument that Video Assistant Refereeing (VAR) is an unnecessary nonsense that we really don’t need, Kaka – the most saintly footballer in existence – was shown a farcical red card in Orlando City’s 3-1 defeat against New York Red Bulls on Saturday evening.

The Brazilian veteran was sent off deep into second-half injury time for the heinous crime of playfully grasping the face of Red Bulls defender Aurelin Collin as the two sides disputed a late foul.

Referee Jorge Gonzalez immediately called VAR into play and, after studiously deliberating for an age, deigned that Kaka should be dismissed for violent conduct.

Collin, a former teammate of Kaka’s at Orlando, did his level best to convince referee Gonzalez that the fondling was all in jest but to no avail.

So, a breezy four minutes after the original stoppage, Kaka was given his marching orders…

Obviously the referees don’t know that Ricky and Aurelien are close friends, but when they look back at it and they see each other smiling.

I don’t know, the referee is doing what he’s got to do. [It’s] a little bit unfortunate.

The VAR system was only used for the first time in MLS last weekend so it’s perhaps not surprising that teething problems should crop up, but we honestly can’t see it becoming a staple – it’s just far too clunky in it’s current form.