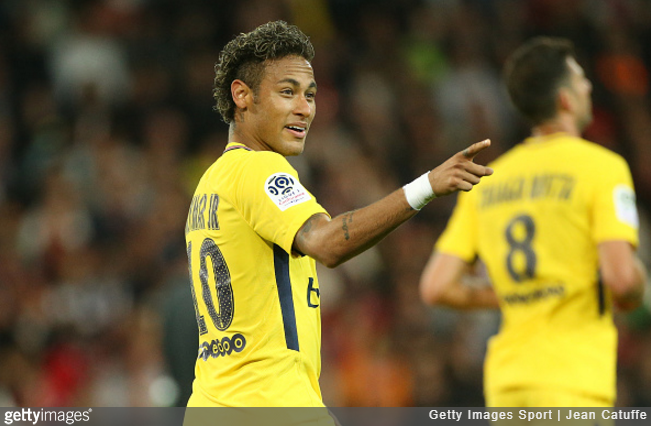 After months of rumours and hype, Neymar finally made his PSG debut on Sunday night away to Guingamp in Ligue 1.

The £200million Brazilian would enjoy a fine first game for his new side, both scoring and assisting as the Parisians strolled to a 3-0 win.

PSG’s opener came early in the second-half, with Jordan Ikoko putting through his own net (in incredible fashion) after Neymar’s pass to Edinson Cavani was initially intercepted.

Neymar then set up Cavani to make it 2-0, via a magnificent pass from the former Barcelona man.

The 25-year-old star would eventually get a goal himself on 82 minutes, with the attacker netting from close-range after good work from Cavani.

The win sees PSG with six points from their opening two games of the season, with the attacking trio of Neymar, Cavani and Angel Di Maria (unsurprisingly) looking rather tasty.