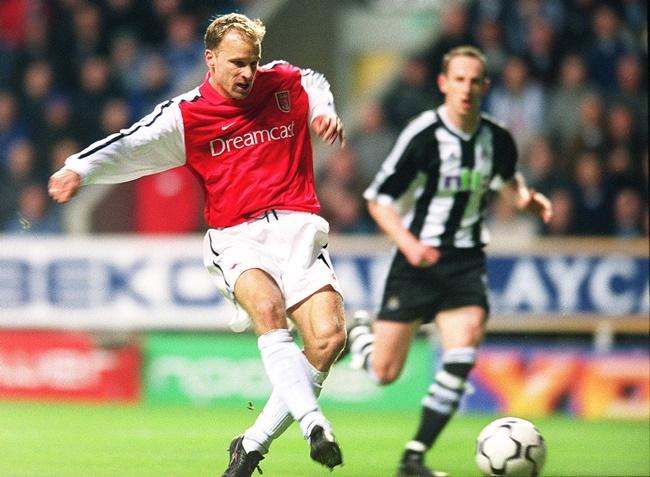 Pies feel obliged to admit at this juncture that we’ve never really felt any special admiration for Dennis Bergkamp’s goal against Newcastle in 2002: your newly-crowned ‘Best Goal in the History of the Premier League‘.

It’s a nice enough goal, sure – the turn is clinical, the touch superb, etc – but as far as we’re concerned (not very, truth be told) it’s not even top-three material when it comes to Bergkamp’s personal highlight reel.

So, we thought we’d open up the floor to the Pies faithful, to see if any of you are of a like mind.

Personally, while not necessarily the ‘best’ goal ever scored in the top flight post-1992, one of our undisputed favourite Premier League goals was this beautifully deft forgotten gem from Alan Shearer…

Perfectly perfect. Nobody could strike a ball more purely. You don’t need a good first touch if your first-time finishing is that surgical!

Primarily remembered a stout, physical striker who scored hundreds of goals by kicking things very hard, it’s perhaps easy to overlook the incredible ability and range Shearer had as an out-and-out No.9.

In fact, there’s a strong argument for him being the most underrated player in Premier League history, but that’s a different debate for a different day.

Anyway Pies fans, care to present us with your favourite goals from the past quarter-century of English top-flight football?