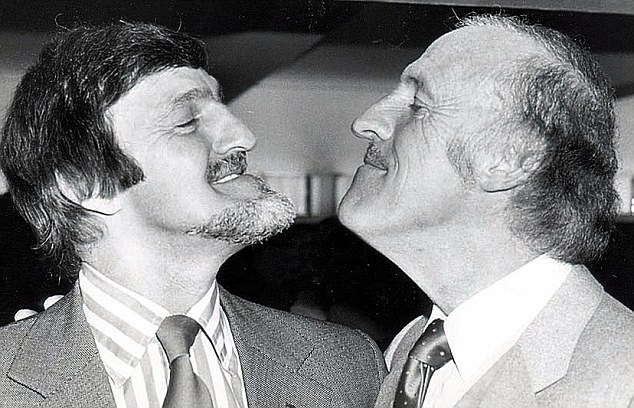 Sad news is reaching Pies this afternoon that legendary British entertainer Sir Bruce Forsyth has passed away at the grand old age of 89.

From game-shows to Royal Variety performances, Brucie pretty much accomplished it all in a long and winding showbiz career that spanned almost 75 years – and he even scored a goal at an FA Cup Final at Wembley.

Specifically, Forsyth emerged from the tunnel to entertain the crowd before the 1974 final between Liverpool and Newcastle and decided the best may to unite the two tribes would be to seize a ball, sprint down the pitch (no mean feat in platform shoes) and whack one into the Liverpool goal…

100,000 burly football fans eating out of the palm of his hand, effortlessly done. As David Coleman puts it in the commentary, the man was a professional entertainer and evidently born so.

Liverpool went onto win the final 3-0, with goals from Kevin Keegan (2) and Steve Heighway.