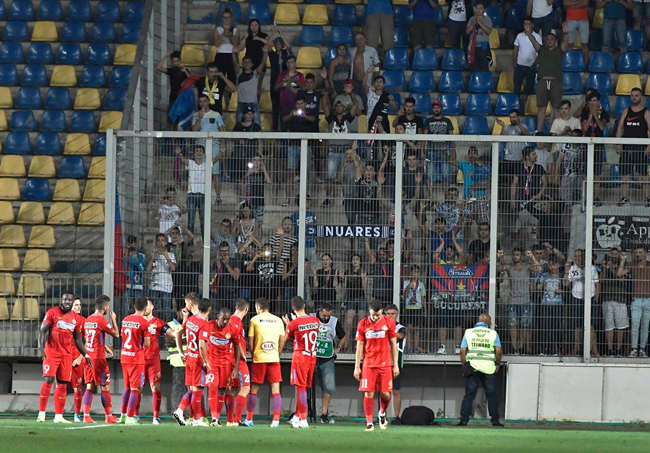 Steaua Bucharest kept the pressure on CFR Cluj at the top of the Romanian Liga 1 table with a straightforward 2-1 away victory over local rivals Juventus Bucharest on Saturday evening.

In fact, Steaua actually fell behind against their newly-promoted hosts in the first minute courtesy of an own-goal, but soon clawed their way back in front, scoring twice inside the first half-an-hour or so.

That’s how it remained for the majority of them match – however, Juventus were gifted a golden opportunity to salvage an unlikely draw with the very last kick of the match when they were awarded a penalty against the run of play in the 95th minute.

Step forward, midfielder George Calintaru, who attempted to style it out with a gossamer-light Panenka…

Epic moment last night in Romania. 96th minute. Newly promoted Juventus have a chance to get a point vs Steaua. Then this happens.via: Dolce pic.twitter.com/4COjNPtVdP

Bloody hell George, you had to muck about didn’t you?

As a direct result, Juventus remain rock-bottom of the league.