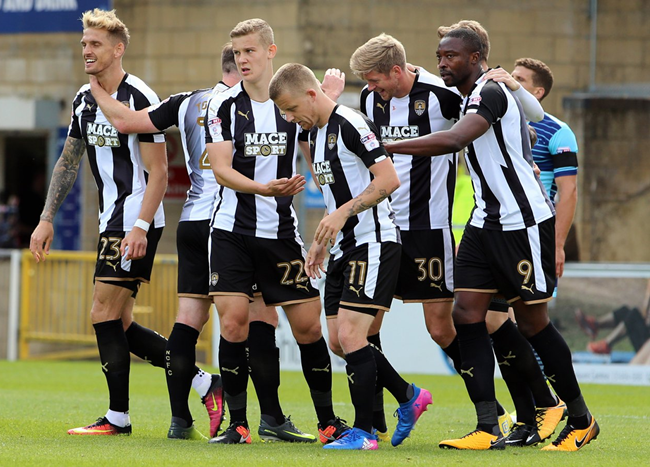 It’s perhaps telling that, on the very same day we saw an unfortunate Hamburg player rupture his cruciate ligament after scoring, the oddest goal celebration of the weekend actually came in League Two, specifically during Notts County’s 4-2 win over Wycombe.

No sooner had Richard Duffy opened the scoring for County than full-back Matt Toodle was smearing his face into the turf at his teammates’ feet.

ICYMI: Weirdest celebration from Notts County on the weekend… 🤔😂 pic.twitter.com/MaTxaeiWCR

Here’s a clearer official version of the video, with the aforementioned goal featured at the 0:15 mark…

🎥 | Here are the highlights from yesterday’s incredible match at @wwfcofficial! pic.twitter.com/CDYLUHycDg

Foraging for truffles, maybe? Those things are ridiculously valuable after all.

Seriously, we still haven’t got a clue!