The Republic of Ireland’s hopes of securing an automatic place in next summer’s World Cup were dealt a blow after a disappointing 1-1 draw in Georgia.

The Irish got off to a perfect start with Brighton centre-half Shane Duffy heading home after weak goalkeeping from Giorgi Makaridze.

However, rather than build on that early lead, Martin O’Neill’s men sat back and allowed Georgia to take the upper hand.

The hosts would eventually equalise before the break, with Valeri Qazaishvili netting after a good passing move.

After the break, the Irish continued to struggle to create anything, although both James McClean, Aiden McGeady and Shane Long missing decent chances late on.

The game would end all-square, a result which sees Ireland two points behind leaders Serbia with three games to go. While below them, Wales move to withing two points of the Irish. 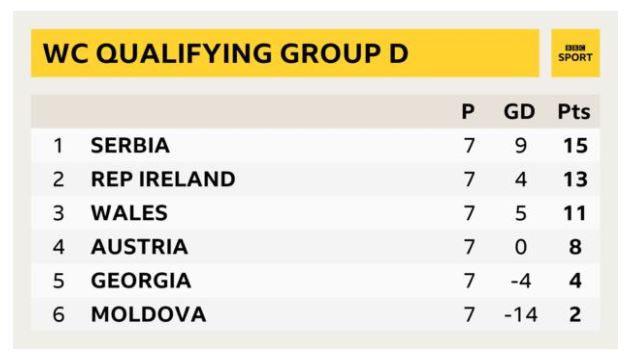