Spain took the lead after just 13 minutes, courtesy of a fine Isco free-kick.

Isco bagged his second of the game before the break, this time deftly firing home from outside the box.

After the break, Italy failed to make the most of a couple of decent chances, with Antonio Candreva and then Andrea Belotti going close.

As the half progressed, the Spaniards slipped into cruise control and added a third late on, courtesy of sub Alvaro Morata.

The game would end 3-0 to the hosts, with Isco literally running rings around opposite number Veratti.

Isco now looks to be entering the very top echelon of the game, and along with the likes of Marco Asensio, looks like being at the very centre of yet another outstanding Spanish outfit.

Spain now find themselves three points clear of Italy and headed for Russia, with the Azzurri now likely to face the play-offs. 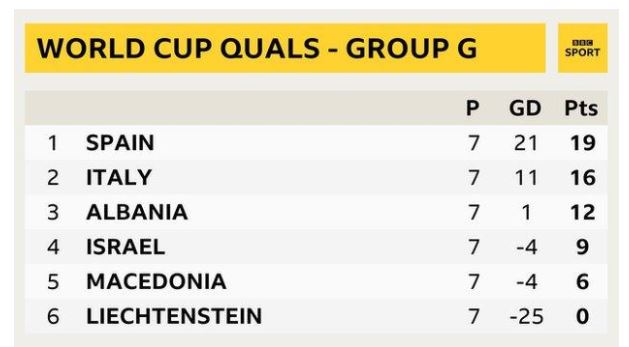