The hosts took the lead just before the half-hour mark, with Jonny Evans heading home after a corner.

Things got even better for the Irish on 41 minutes, with Chris Brunt scoring a fantastic free-kick.

After the break, the Czech Republic struggled to get themselves back into the game as their hopes of making it to Russia next summer dissipated.

The win sees Michael O’Neill’s men wrap up second place in Group C, with eight of the nine runners-up in the European qualifiers securing a play-off place.

Next up for the Irish are clashes with Germany and Norway. 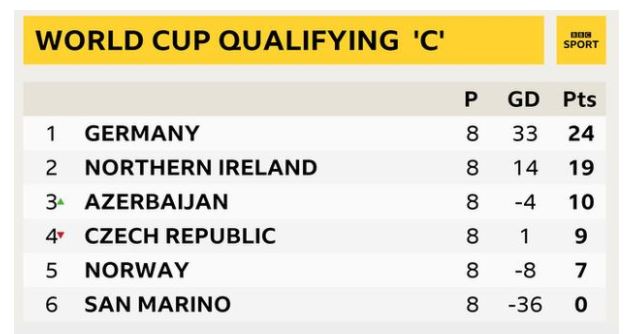