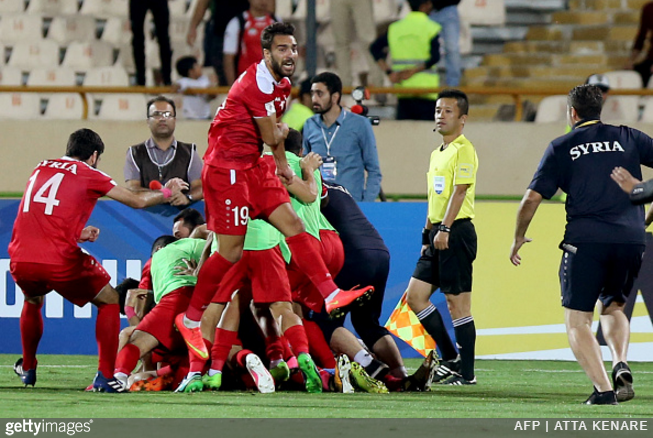 Syria’s utterly inspirational journey toward qualifying for their first ever World Cup was kept alive in the most dramatic of circumstances on Tuesday evening.

Trailing 2-1 against rivals Iran as injury time wicked away, it looked for all the world like the dream was over.

However, Syria suddenly wrestled back possession and, on his first call-up in five years, Omar al-Soma broke clear on the break to slot a 93rd-minute equaliser through the legs of Iran ‘keeper Ali Beiranvand. Cue pandemonium.

Indeed, it proved to be a sensory overload for the Syrian match commentator, who failed to suppress the tears as he watched his boys celebrate en masse…

If you can excuse the patchy translation, we think the commentator can be heard whimpering:

Pardon me! I’ve lost it! No one can stop them!

It’s certainly a big ask, but Syria have already proved that they’re capable of near-miracles.