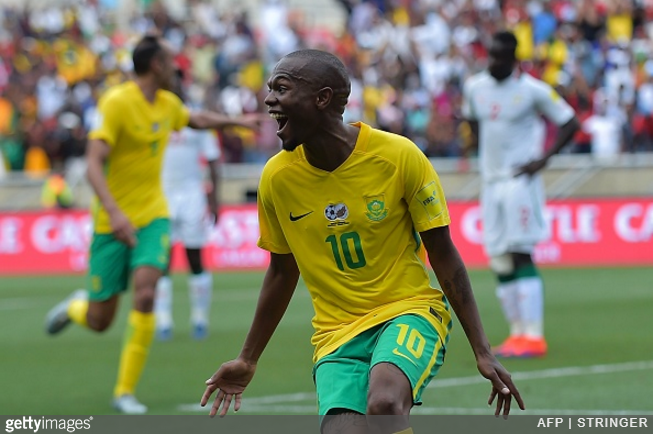 FIFA have declared that the World Cup qualifying fixture between South Africa and Senegal will have to be replayed in full after the referee on duty was found guilty of ‘match manipulation’ and banned from football for life.

Back in November of last year, South Africa won the game 2-1 thanks to a penalty awarded by Ghanaian ref Joseph Lamptey for a handball by Senegal defender Kalidou Koulibaly.

Alas, on closer inspection it immediately transpired that the goal-bound shot in question had actually struck Koulibaly’s knee…

FIFA have announced that, after the Court of Arbitration for Sport (CAS) upheld Lamptey’s life ban this week, the result of the match will be officially annulled and the fixture replayed this coming November.

According to the Associated Press, Lamptey has a history of what they call “suspicious performances”:

He was previously suspended by the Confederation of African Football for allowing a critical goal to stand in an African Champions League semifinal in 2010 when it was clearly punched into the net.

His antics in an African Cup of Nations qualifier last year also were suspect. He allowed the game between Congo and Angola to continue for two minutes longer than the injury time displayed before awarding a disputed penalty to Angola. He blew for full time straight after Angola scored from the spot.

Scotching the result of the match means that qualification is now back in Senegal’s grasp, leaving them one point behind Group D leaders Burkina Faso with a game in hand, rather than having played an equal amount of games – as shown in this pre-annulment version of the standings.

South Africa will remain at the foot of the table, but with just one point to their name instead of the four shown above.